Among those confirmed include Romeo Santos, Camilo, Nicky Jam, Eslabon Armado, Bizarrap, Blessd, Yahritza Y Su Esencia, Luis R. Conriquez, Ovy on the Drums, Kunno and The Rivera Family. More participants will be announced in the weeks leading up to the 2022 Latin Music Week, which is set to take place Sept. 26-30 at the Faena Forum in Miami.

“We couldn’t be more excited to return to Miami for the world’s biggest celebration of Latin Music,” said Mike Van, president of Billboard. “Billboard is the global authority in music charting, and it’s been amazing to witness the proliferation of Latin artists excelling beyond genre specific charts and into the mainstream. Billboard remains committed to celebrating artists and creating one-of-a-kind experiences that connect them to their passionate fans. We are eager to continue to build upon the experience and are proud of Billboard’s legacy of supporting Latin Music and its undeniable impact on music and culture.”

“Billboard was the first major media company to completely support Latin music and I’m so proud of our 30 plus year legacy of highlighting and championing Latin Music,” added Leila Cobo, vp of Latin, Billboard. “This year, our Latin Music theme is ‘Latin Goes Global,’ as we celebrate the launch of Billboard Español, a website that will be completely in Spanish, further cementing our position as the ultimate authority in Latin music. Billboard has created a global stage for Latin industry leaders, artists, and influencers to share their stories, celebrate their achievements and discuss the future of the industry. As we celebrate Latin music’s global impact, I’m beyond thrilled to return to Miami to connect with the biggest stars, executives and players.”

For 30 years, Billboard Latin Music Week has been the longest running and biggest Latin music industry gathering in the world. After a sold-out 2021 edition that featured star Q&As with Daddy Yankee and Karol G, show-stopping performances by Anitta, Rauw Alejandro and Natti Natasha, the event returns coinciding with Hispanic Heritage Month. 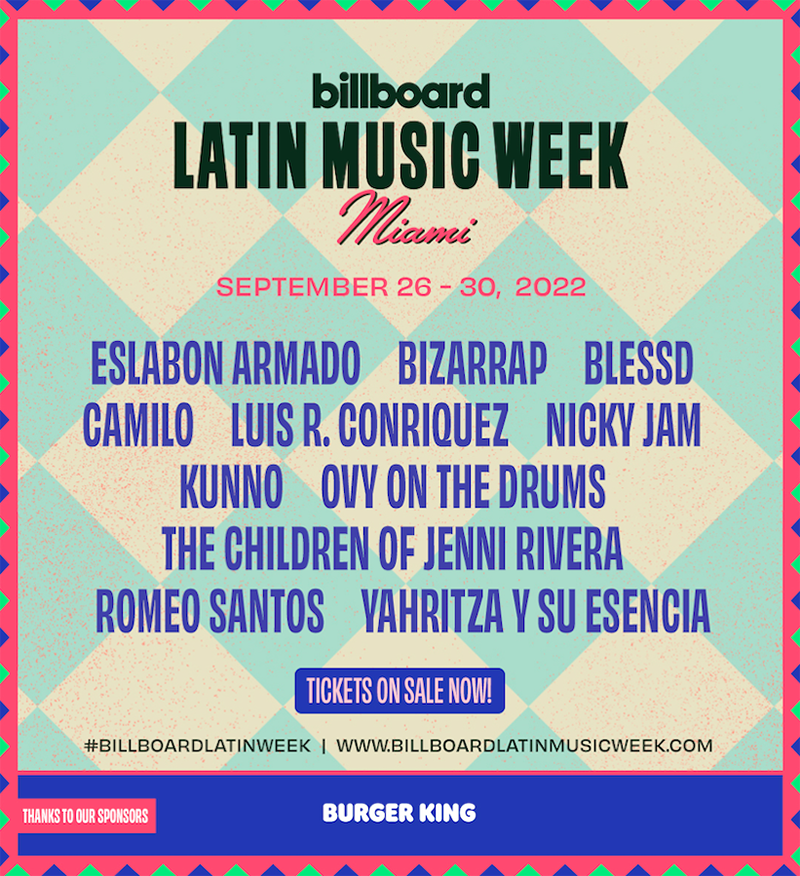