NEW SINGLE CELEBRATES HIS DEAL AND REGGAETONLANDIA’S ONE YEAR ANNIVERSARY 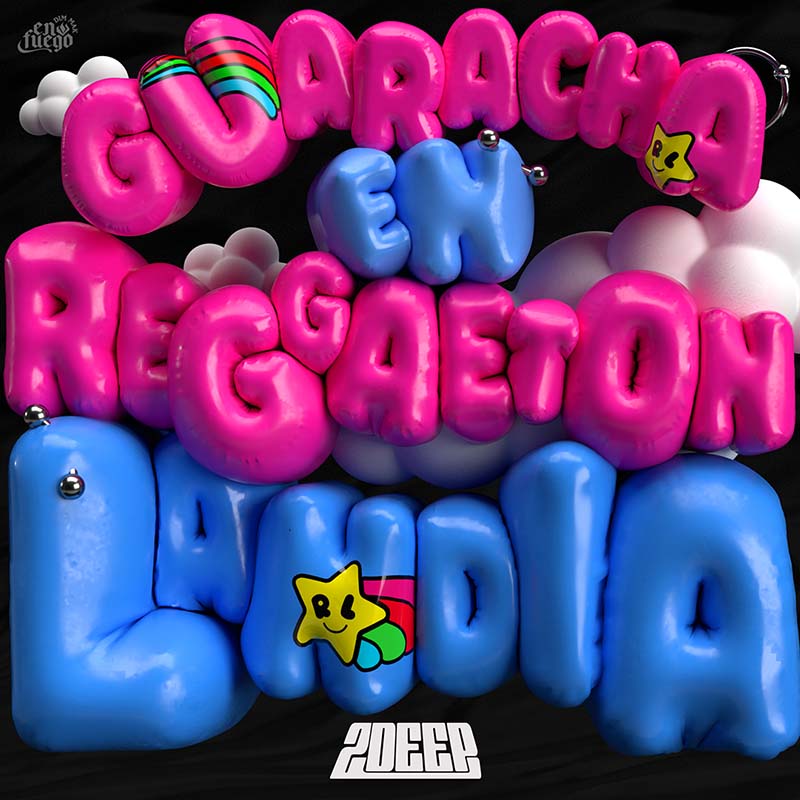 “Guaracha En Reggaetonlandia” is a reinvented guaracha beat which showcases 2DEEP’s skill in fusing Latin music with EDM. 2DEEP’s talent has no equal as evidenced by the success of his mixes like “Mimosas” with Lechero, Eudotis and Dj Fasta, “Siempre Happy” featuring Rickstarr and “Se Prendío” with Dj Fasta and Los Rakas.

“This is a huge tune from my boy 2DEEP, this track has an insane amount of energy. The production is forward thinking and full of adrenaline with a booming bassline and ryhtmic drums. “Guaracha En Reggaetonlandia” is a great example of the bridge between Dim Mak and Dim Mak En Fuego,” said Steve Aoki.

Founded by 2DEEP, Reggaetonlandia has become one of the hottest Latin parties, having booked guests like Blessd, Chesca and Ryan Castro, among others. This one-of-a-kind party experience celebrates its one year anniversary, and continues to expand in cities across the country.

ABOUT 2DEEP
2DEEP, born Luis Cardenas, is an Ecuadorian/Colombian DJ and producer, born in the Bronx, NY and raised for part of his life in Guayaquil, Ecuador. A transplant to Los Angeles, 2DEEP has been pushing a distinct electronic Latin sound creating innovative and seamless fusion’s between a variety of genres. At the age of 16, intrigued by the DJ battles showcased in the movie Juice, he asked his sister to enroll him in DJ school for his birthday and immediately fell in love. Two years later, he began producing music.

In 2011, he began throwing a Latin event called MUEVELO in Los Angeles and had the likes of Diplo and Dillon Francis play at his events. Through these events, he began a small online music label which would release custom playlists that showcased the music and was distributed by Diplo’s label MAD DECENT. In 2013, he submitted a reel to a DJ competition for Dim Mak and won, and as part of his prize, he opened at TomorrowWorld in Georgia. As an intern for MAD DECENT in 2013, he collaborated with Diplo on several mixes. Over the next few years, he continued producing, DJing and throwing Latin inspired events in LA which he used as launching points to showcase his music. In 2017, he started a famous LA event called GASOLINA. His events were the launching point of the re-emergence of Latin music in Los Angeles and he constantly flew in DJs from around the world to play. In addition, 2DEEP has had his music played globally by Major Lazer, Diplo, Carnage, Dillon Francis, Skrillex, Flosstradamus, GTA and more at a wide array of festivals and radio stations. In 2018, he released “NOTA” alongside Rickstarr which received an array of press coverage.

In 2019 a friend re-introduced him to the team at Dim Mak who was looking to cultivate their new Latin label, Dim Mak En Fuego and he began collaborating with Steve Aoki. In 2021, he joined the lineup at Baja Beach Fest where he played sets both weekends among some of the top Latin acts. Later that year, he stepped down from GASOLINA and launched yet another successful event REGGAETONLANDIA which has already hosted an array of successful West Coast events. As the first Latin DJ/Producer signed to Steve Aoki’s Dim Mak En Fuego, 2DEEP has already begun working on his first EP which will be released later this year.